Rewarding, fulfilling and challenging: Do you believe you have what it takes to become a chaplain?

You only have to switch on the TV or pick up a paper to see that young Muslims are constantly under the media spotlight, often disproportionately. As a result, these young and impressionable men and women need the support of someone ‘who’s got their back’ when they enter higher education, even more than non-Muslim students. Following recent laws introduced by the government, universities and colleges now have an obligation to safeguard these students and need to meet the challenges they face in a well-informed and pragmatic way, which is where you come in.

It has given us a real sense of pride and joy to see many more, young Muslims enter higher education over the last 10 years, but this in turn has led to a demand for more Muslim chaplains who can offer them pastoral care, advice and be there for them in good times as well as bad.

We find it enormously encouraging that the number of Muslim chaplains has increased from only 24 in 2007, to 63 seven years later, but despite this massive increase, we need even more of you to become chaplains. And there are many reasons why.

There are simply not are enough Muslim chaplains offering pastoral care, which is why it’s vital that we increase their number. They will be on the frontline when it comes to reaching out to those vulnerable students who might be at risk of falling into extremist ideologies or be on hand to countering extremist language and ideas being spread on campus. Muslim chaplains are also in a perfect position to advocate on behalf of Muslim students when voicing opinions and grievances to the university/college administrators.

What is a Chaplain?

A chaplain, regardless of their denomination, works with students of all faiths and none. They lead prayers, provide pastoral support and liaise between the educational institution and its students, as well as providing guidance on Islamic issues to the institution.

They are also expected to meet the needs of Muslims within the institution and need to be involved in interfaith dialogue and be able to build bridges between different groups.

Given the alarming rise in Islamaphobic hate crime, and the spreading of extremist narratives and ideas on campuses and within the community, Muslim chaplains play a pivotal role in supporting Muslim staff and students.

And it goes without saying that chaplains are there to provide pastoral support to students who need to be able to talk to a Muslim chaplain on any and every issue that concerns them, whether it’s directly related to their studies or a personal issue. As a Muslim chaplain you will be the kind of person who can lend a sympathetic ear and help in whatever way you can, whether that be with spiritual, financial or emotional problems that any student may come to you to ask for advice.

What skills and qualifications do I need?

You don’t need to be an Imam or a learned theologian to become a chaplain.

Many people think, incorrectly, that in order to become a Muslim chaplain you need to be of a certain age and have an inordinate knowledge about religion. This is not the case. There are however certain qualities that will set you in good stead to becoming an excellent chaplain.

You should have good inter-personal skills, be fluent in English, have some first hand experience of working in the community alongside a basic knowledge of religion, Islam and theology.

Women can become chaplains as well as men, and a number of well known Universities have female Muslim chaplains.

How do I become a Chaplain?

You will need to gain a certificate of Muslim chaplaincy, but once you have that we are here to help you build on that.

Currently there is only one certificate course in Muslim Chaplaincy in England, which is being delivered at the Markfield Institute of Higher Education (MIHE).

In order to gain first hand experience of what it’s like to be a chaplain the second, practical part of the course will entail spending between 40 and 60 hours (over a 6 to 8 month period) with a Muslim chaplain working in a higher education establishment.

This will enable you to observe exactly what a chaplain does, and allows scope for you to explore whatever field interests you the most.

Hamzah Al Rahman was the first chaplain to be mentored on the six month Muslim Chaplains in Education Mentoring programme and also shadowed a chaplain one day a month for six months. This is equivalent to 40 hours of placement work. Hamzah’s mentoring and shadowing programme began in July 2015 and was completed in December 2015.

He kept a learning journal so that both the mentoring and shadowing processes could be evaluated. Eventually, a review will be written. Anybody interested in being mentored or would like to shadow a chaplain, contact: info@amced.org.uk.

Once you start your training we are on hand to provide support so you can hone your skills and develop as a chaplain.

Once you receive your certificate of Muslim chaplaincy, you can become part of AMCed where you will receive details on courses and networking events where you can meet other chaplains and share ideas. 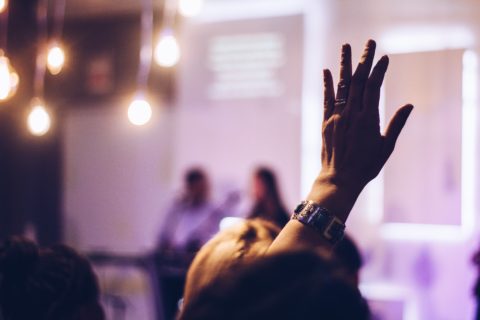 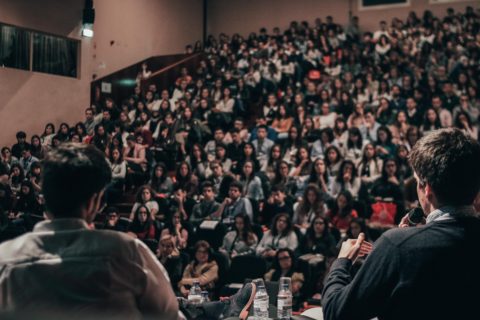 Campuses urged to regard religion as a diversity issue